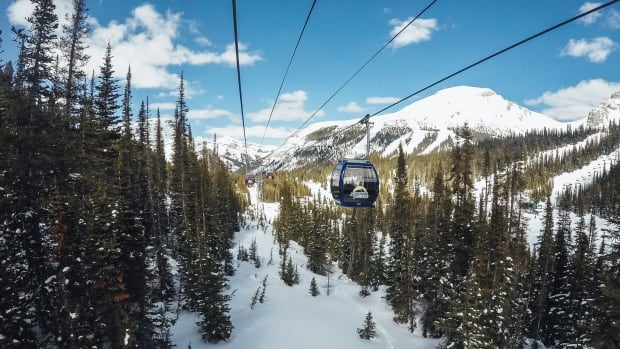 Outdoor activities come to a halt amid freezing temperatures in Alberta

Some outdoor activities in and around Calgary have been canceled due to dangerously cold conditions.

Several ski resorts closed for the day due to freezing temperatures. The coldest wind chill values â€‹â€‹will be between minus 40 and minus 50.

In social media posts, Sunshine Village Ski Resort in Banff, Nakiska Ski Area near Kananaskis and Marmot Basin in Jasper said they would be closed on Sunday due to the extreme cold.

For the bundled up and the brave, other resorts, including Lake Louise Ski Resort and Castle Mountain Resort, remain open and some chairlifts are closed.

WinSport in Calgary said on Sunday that its ski and snowboard track at Canada Olympic Park will be closed on Monday, but the track is expected to reopen on Tuesday. The tube park is expected to be closed until Thursday.

Environment Canada issued an extreme cold alert for all of Alberta on Sunday as temperatures pose a risk of frostbite. The cold snap is expected to last until next week in many areas.

The Tim Hortons Western Canada Pond Hockey Championships in Chestermere have been postponed for a day in hopes that the weather will warm up soon. The event was scheduled to start on Monday, but was pushed back to Tuesday.

“We’re like this just won’t work. Safety is paramount to us for everyoneâ€¦ I think all of our participants are going to thank us for not letting them play in the very cold weather.”

In Calgary, drivers face icy sections of road, said Christopher McGeachy, spokesperson for the city’s roads department, in an email.

McGeachy said road salt is rendered ineffective when it’s colder than -12C, so crews apply sanding chips and gravel to the roads to improve traction.

He said staff would work day and night in cold weather to keep the roads safe.

The Zoolights outdoor event, at the Wilder Institute / Calgary Zoo, was also canceled on Sunday and Monday.

Winter outdoor activities to do in Maryland in 2022