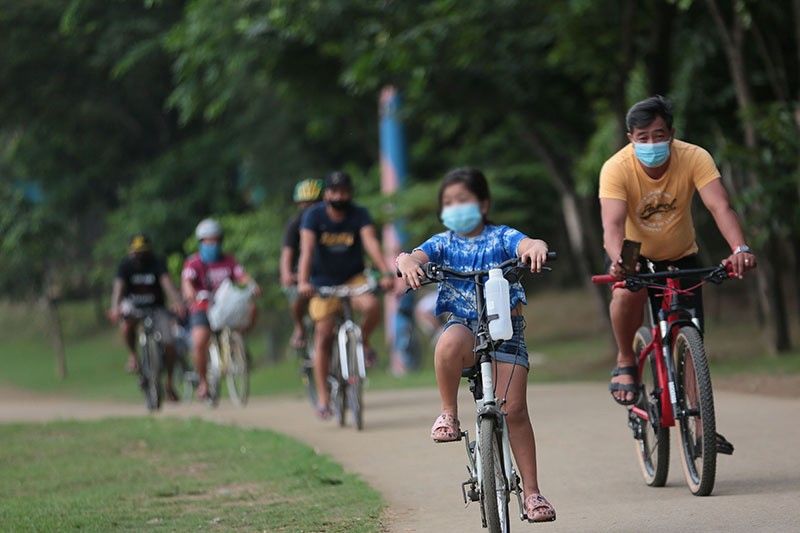 MANILA, Philippines – With reports of the highly transmissible Delta variant of COVID-19 entering Metro Manila, mayors take a step back to discuss whether the policy allows children as young as five to venture outside should be suspended.

In an interview with “The Chiefs” on Cignal TV’s One News, Metropolitan Manila Development Authority (MMDA) Chairman Benhur Abalos said the 17 mayors in the capital region were sitting down to discuss politics.

Abalos said the Metro Manila Council (MMC) should make decisions based on advice from health experts after the Department of Health (DOH) confirmed that two cases of the COVID-19 Delta variant have been reported in Manila.

“Even if it’s just one or two, if the threat is really real, given the transmissibility of the Delta variant, we should hear their side (from the experts),” he said. .

â€œIf it’s really necessary, I’m sorry, but we have to do it. We could stop it
(allowing children outside), â€he said.

The MMC meeting would also address the capabilities of various companies as well as the mobility of people as part of preparing against the threats posed by the Delta variant.

Abalos said mayors will also hold briefings to monitor any increase in the number of COVID-19 cases and see if they are clustered.

If cases are clustered, granular locks should be imposed to prevent the possible spread of the virus.

Citing the need to balance the government’s response to the threat of the Delta variant against economic repercussions, Abalos stressed the importance of vaccinating more citizens.

Meanwhile, two city governments are eager to bring children back to more engaging activities like regular schooling and sports now that they are allowed to go outside after more than a year of lockdown due to the pandemic .
Taguig City Education Bureau Chief George Tizon said preparations are already underway for a possible resumption of face-to-face classes once this is cleared by the national government for the next year. school.

“We are waiting for that,” Tizon told reporters in Filipino at the second online graduation ceremony last Friday for 174 students at Senator Renato Cayetano Memorial’s Science and Technology High School.

“The president could allow blended learning (…) with physical learning in schools,” he added, noting that COVID-19 kits that include face masks and screens are already underway preparation to be included in the packet of school supplies to be given to students free of charge.

Interestingly, robots developed by the school’s robotics team were used to distribute and receive diplomas during the school’s graduation ceremony.

The Ministry of Education (DepEd) has set the reopening of classes for September 13.

In the town of Caloocan, the head of the federation Sangguniang Kabataan (SK) asked the Ministry of Interior and Local Government (DILG) to consider allowing young people to play sports again.

In his letter, Councilor Orvince Howard Hernandez asked the DILG to provide advice on whether children could be allowed to play games like basketball, volleyball and badminton in both outdoor and indoor locations.

Hernandez pointed out that sport could help children develop their physical and mental well-being and restore their social interactions that confinement has taken away from them.

Previously, the Interagency Working Group for the Management of Emerging Infectious Diseases (IATF) had allowed children as young as five years old to spend time outdoors, but only in selected open spaces and on condition that they were accompanied. of their parents. – Ghio Ong