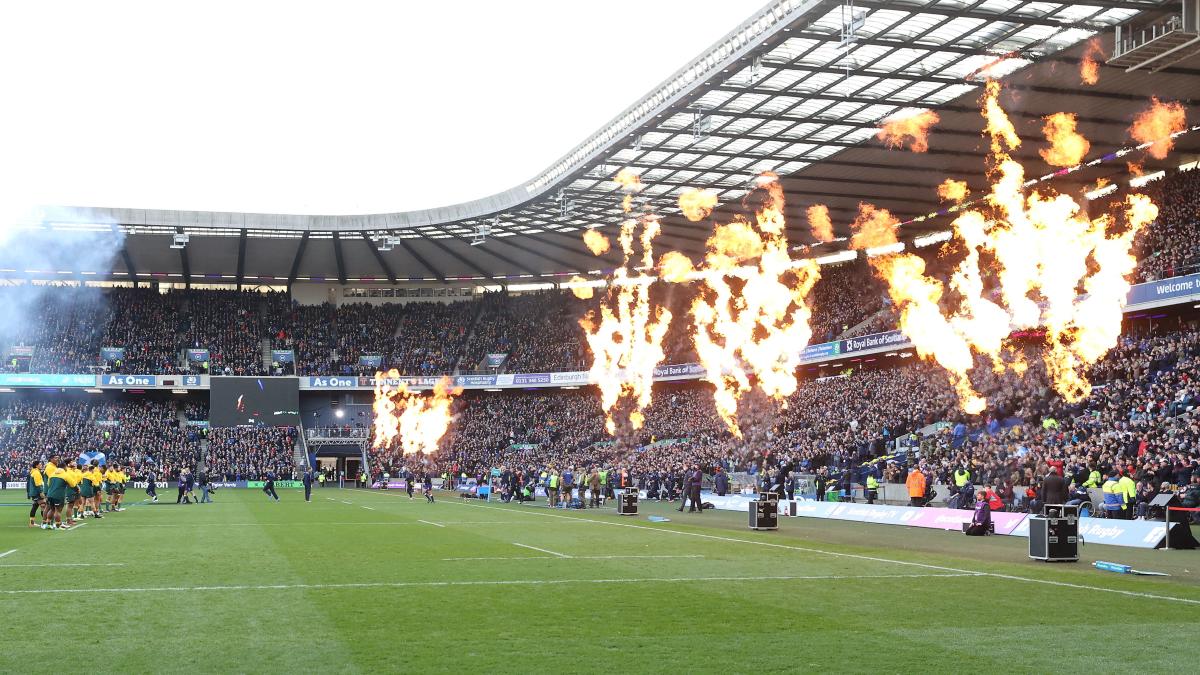 The news means football and rugby supporters can return to stadiums from next Monday after being effectively closed since Boxing Day, after a limit of 500 was imposed three weeks ago in the goal to deal with a wave of the Omicron variant of the coronavirus.

In a move motivated by the government’s “cautious optimism” about how things have turned out since the measures were first implemented, Sturgeon gave the green light to football clubs to open their pitches to full capacity when the campaign Premiership will resume next week after a three-week winter break.

In addition, Murrayfield will be able to sell out when the Scottish rugby team welcome England and France to the Six Nations.

Speaking in his statement to the Scottish Parliament on Tuesday afternoon, Sturgeon said: “I can confirm today that the limit of 500 participants at large-scale outdoor events will be lifted from Monday 17th January.

“This means, for example, that spectators will again be allowed at major outdoor sporting events, including football matches slated for early next week and upcoming Six Nations rugby matches.”

It has also been confirmed that the Covid certification will now only be valid with a booster, and that clubs are obliged to check the status of at least 50% of participants.

Sturgeon said: “The Covid certification system will remain in place for these (Cinch Premiership and Six Nations matches) and other events and venues previously covered, but with two important changes.

“First of all, our guidelines will now state that organizers of large events of 1,000 people or more should check the certification status of at least 50 percent of attendees, rather than the current 20 percent, or at least 1,000 people. , whatever the figure above.

“And second, from Monday, the requirement to be fully vaccinated for the purposes of Covid certification will include having a booster if the second dose took place more than four months ago.

“It will still be possible to gain admission to events and sites covered by the certification system by providing proof of a recent negative lateral flow test. “

Scottish Professional Football League chief executive Neil Doncaster welcomed the lifting of the restrictions, saying: “Today’s announcement is a sensible move that will be welcomed by clubs and hundreds of thousands of fans at across the country.

“Football is not the same without supporters, and I know how much it will mean for them to be back in the stadiums to watch games again.

“This news will also be a real financial boost for our 42 member clubs, who have faced an incredibly difficult set of circumstances since the start of the pandemic. “

Sturgeon also revealed that she hopes to give the green light to indoor sporting events with spectators to resume from January 24.