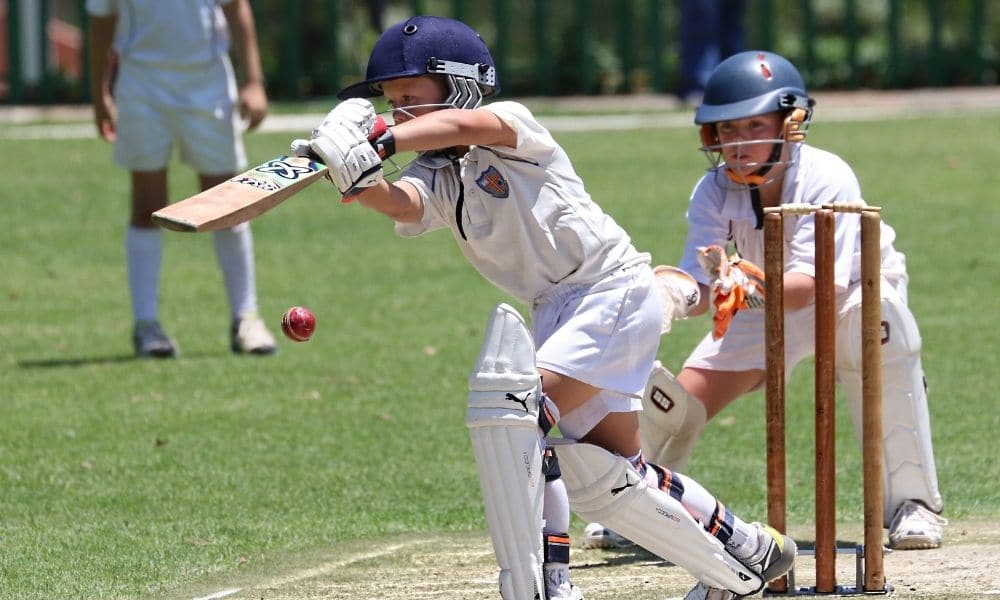 Australians love outdoor sports. Nothing beats a game of cricket or tennis on a nice summer day. But as temperatures continue to rise due to climate change, experts warn playing sports outdoors could be a thing of the past.

The latest report from the UN-backed Intergovernmental Panel on Climate Change (IPCC) warns that many species – including humans – are at risk of reaching the limit of their ability to adapt to climate change. This could have serious consequences for our health, as well as the Australian economy and way of life.

Professor Mark Howden, IPCC vice-chair and co-author of the report, said that while our bodies can withstand high temperatures up to a point, eventually it will become too dangerous to play sports outside.

“Our bodies can handle hot, hot temperatures outdoors up to a point,” said Professor Howden.

“But then we can’t do that without some kind of active cooling. If you get very high temperatures and humidity, you either have to stop your exercise or you overheat.

“If you still want to be active, you actually have to find a way to have active cooling in that environment.

Prof Howden added that Australian working days might also need to be redesigned – with options such as a nap during the day to avoid temperature spikes.

Reaching the limits of adaptive capacity

Adaptive capacity is the term used to describe a species’ ability to adapt to potential disturbance or harm – climate change being one such disturbance. The latest IPCC report warns that as temperatures continue to rise, many species will eventually reach the limit of their adaptive capacity.

We have seen this grim reality play out before in the world’s coral reefs. The Great Barrier Reef, one of Australia’s most iconic natural wonders, is on the brink of extinction, largely due to the impacts of climate change.

Coral’s natural adaptive capacity is reaching its limits, as is largely evidenced by coral bleaching, a process in which higher than usual sea surface temperatures cause the expulsion of photosynthetic algae, called zooxanthellae. This leaves the coral white and susceptible to death.

Humans, like any species, have physiological limits. The idea that outdoor physical activity is under threat may seem far-fetched but, without immediate and aggressive action to reduce emissions, it may be a very real possibility.

The IPCC report says that while actions to reduce climate risks have increased around the world, they fall far short of what was needed.

Professor Howden said governments knew what they needed to do to tackle climate change, but were holding back for political reasons.

“Climate change is here. In Australia it’s mostly negative, and it’s really important to pretty much everything we enjoy here in Australia,” he said.

“If there was another issue that 90% of people wanted more action on, politicians would immediately come to the policy-making process.

“Yet we fail to see that…climate change should not be a political issue.”

Long before the publication of the IPCC report, Cricket Australia and the AFL worked on ways to reduce their carbon footprint and mitigate the impact of climate change – knowing that the very future of their game hangs in the balance.

Earlier this year, Cricket Australia launched Cricket for Climate and its Solar Clubs solar panel project, with the aim of getting cricket clubs across the country to install solar panels to cut costs and reduce carbon emissions.

The programme, backed by some of the biggest names in Australian cricket, aims to be a force for change that inspires other sporting codes to action. Australian men’s cricket captain Pat Cummins spoke about the threat climate change poses to the sport.

“Few sports are more at risk from global warming and it is time for clubs and cricketers at all levels to step up and be part of the solution,” Cummins said.

AFLP4CA, a registered charity, represents over 260 AFL players who want to do more to fight climate change. The AFLP4CA team currently runs two projects, Footy4climate and The Cool Down, with the aim of reducing or offsetting players’ carbon emissions and advocating for greater climate ambition.

Australia’s iconic sports stadiums are also getting in on the act, with the Melbourne Cricket Ground (MCG) announcing last month that it will become Australia’s first major stadium to run on 100% renewable energy.

Hopefully the examples set by Cricket Australia, the AFL and other sporting codes, and the voices of the Australian public will inspire politicians to take the necessary action on climate change before it is too late.

Looking to go solar? We can help.

Helping over 30,000 Australians in their transition to clean energy, Energy Matters can guide you to a solar and/or battery storage solution that suits your lifestyle and budget. Receive up to 3 no-obligation quotes from our trusted network of accredited solar installers. It’s fast, free, and saves you the hassle of shopping around.